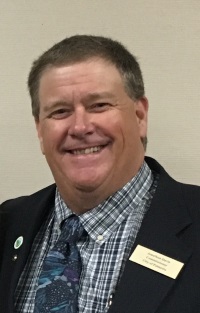 Jonathan Davis is a lifelong resident of Palmetto. In 1850, his family settled at Bishop Point in the Manatee River and he is the fifth generation in Manatee County.

Mr. Davis graduated from Palmetto High School in 1984. In 1986, he earned a U.S. Coastguard Master Captain’s License, and is the sole owner and operator of Captain J.L. Davis Charter. He has always had an interest in the community, and has been active in the North River Little League, a sponsor of the Crosthwait Fishing Tournament, the Manatee Gold Star Club, and many other local charities.

During his tenure on the City Commission, Mr. Davis was elected Vice Mayor by his Commission peers. He also represented Palmetto on the Tampa Bay Regional Planning Council, the Palmetto Historic Commission and numerous other City affiliated organizations.

Mr. Davis often was the calming voice on the City Commission, as he provided leadership in the City’s redevelopment. Blackstone Park Little League baseball fields, Riverside Boat Ramp, Dr. Martin Luther King Jr. Park, Sutton Park and redevelopment of the City’s downtown waterfront are a few of the City’s recent accomplishments and improvements.

Mr. Davis was instrumental in the recruitment of the corporate headquarters of It Works!, one of the fastest growing privately-owned corporations in the state of Florida. Mr. Davis also took the lead on the Commission regarding sorely needed infrastructure projects.

Working together with God’s guidance, Mr. Davis feels as your humble public servants, we can make Palmetto a better place to live.